Lately I have went through a rather extensive amount of research and writings on right-wing movements in Europe, fascist political parties and how they during the last decade have not only entered several national parliaments, but etablished themselves in these parliaments (on both regional and national level). One of the latest example is the national election in Czech where the two right-wing populist parties ANO and Usvit were given increased support and influence in parliament.

This emerging trend, even if trend perhaps is the wrong term since it has been evident for several years, has often been approached through discussions on who is voting for these parties rather than understanding the mechanisms creating the political discourse that legimitize these parties and movements. Here I would like to emphasize two, in my opinion fundamental, dimensions in a potential explanatory model. And these are just two things (out of so many other) to remember when thinking about or discussing this topic.

The literature and research on this subject rather cohesively suggest that for the extreme right, Internet is perhaps the most important tool for gaining support. Seldom do for example left-wing movements, utopian communist agendas or Marxist ideologists share the same strategic use and widespread attention in relation to Internet. Of course it helps that Internet provides the opportunity for anonymity, making it easier to express opinions that is far more tabu in present democratic society than for example opinions supporting the ideas of Marx or Lenin (given present the political climate in Europe). It is not to far fetched to claim that several right-wing parties to a large extent has managed to reach support among demographic groups that they never would have been able to if it wasn’t for Internet and new media technologies. And one shoud remember that during the 1990’s, a time when the extreme right was starting to grow substantially, these organizations were often excluded from mainstream media and were forced to use alternative media to reach people. Hence, few arguments would suggest that it would be better to silence these voices.

2/ Contemporary media- and political discourse around Europe emphasizes conflict rather than consensus.

Even though mainstream media seem to have a problem with highlighting immigration policy in a balanced way (often it results in dichotomies of good vs bad), this dimension involves much more than media logic. When studying how news media frames certain questions it is easy to outline specific news values and structures that dominates. Conflict is for example much more interesting for an audience than consensus (and some news media can create conflicts in a report about an empty room). And since political parties need the mainstream media as much as the media need political parties, a discoursive cooperation evolves. In the same way as Richard Jackson argued for how our perception and talk around the war on terrorism were creted in an interplay between news media/journalists, politicians, legislators and ordinary citizens – we can assume that the way we think and talk about both immigration and multiculturalism as well as the right-wing movements themselves, is constituted by a similar interplay. The words we use, the concepts news media use, the angles and framing of these issues – all result in a specific way of thinking.

And when several factors in this demand a simplification of the world and of complex questions, our perception is also simplified and neglects important and rather basic moral dimensions of human behaviour, of humanity and acceptance. The spiral we are in, where we tend to observe an extremely rapid growth of right-wing parties and ideological ideals based on not seldom homophobia, racism, islamophobia and fear become an increasingly legimitized political discourse, must be challenged in a more profound way than what is happening. The responsibility is with politicians, with journalists and with strong opinion makers. And above all with ourselves.

Enlighten your children, work intensively in elementary education, scrutinize mainstream journalism and challenge what appear as natural. Never be afraid to raise a voice against this development. Not even if strange and unpleasant emails may appear in your inbox.

Never ignore the fact that Europe today is highly influenced by thoughts rooted in fascism and nazism.

As technology successively becomes more and more integrated with everyday life and our perception and fascination of its significance increases, it also encapsulates a current Zeitgeist of contemporary society in which technology constitute a fundamental part of democratic development. This can of course be a very good thing if the technology serves its purpose and its function is agreed on by involved actors. During the last few months, and last few days in particular involving Sweden in different ways, a lack of this agreement has become very visible. 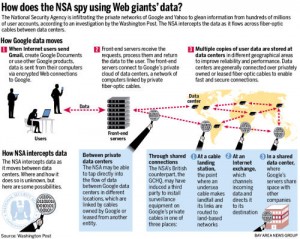 As the events surrounding the computer specialist and former CIA-employee Edward Snowden continues to evolve, exposing NSA surveillance activities on a global scale, the intellectual debate on moral and ethics regarding government strategies for social control intensifies. The internet surveillance sector has become an industry in which sales of technologies to authoritarian regimes is out in the open. Western cooperations earn billions of dollars from sales of surveillance systems, hence supporting several governments to uphold their abuse of power and exercise social control of its citizens. Whether it is surveillance of internet communications or through CCTV cameras in public places, the Orwellian society has become a complex array of trajectories in which the governmental rhetorics of the necessity of surveillance to obtain security has started to be challenged in more sophisticated and coordinated ways than before. The recent example of NSA cooperation with the Swedish FRA is just one contemporary manifestation from which a growing distance between goverments and citizens occur and civic distrust increases. The national critique in Sweden has been rather homogenous and strong, emphasizing the close ties between NSA and FRA when it comes to obtain secret intelligence on Russia and its political elites. Considering Swedens complicated history with Russia, the criticism appear quite natural. 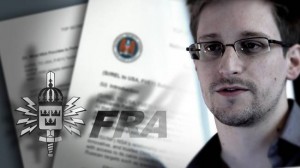 The point however is that the mechanisms of surveillance, the intrigued cooperations between agencies and governments that in both direct and latent ways affect everyday lives for citizens as well as perception of goverment rule, are becoming both more visible and more complex. At the same time the interest and take on it tend to shift towards a more pragmatic stand. In comparison to the case of Wikileaks a couple of years ago, the debate after released documents seems to have changed direction from a focus on leading figure/hero/traitor (Julian Assange) to the actual content and concequences. The initial interest for Snowden has rested and instead the revelations of NSA activities have made headlines all over the world (just compare it with the initial interest for US warfare and diplomatic relations that soon turned into a massive discussion about Assange himself). Without a doubt this is a sign of good health in the intellectual debate; a debate that is necessary to participate in and problematize due to the increasing pace in surveillance sectors regarding technological development, political relations and the marketization of a surveillance-industry. It is without a doubt reasonable to believe that there is more to come in this matter, not only involving Sweden.

This subject, but in terms of more general discussions and theorizing on surveillance and civic activism towards it, is of interest to me at the moment when writing an article on different ”veillances” of society (sur- and sous) – arguing for the need to discuss not only the one or the other, but rather take a more comprehensive approach on how these veillances correspond to each other. I will develop more specifically on this article in the blog during the next couple of days.