In my current writings about ISIS and their propaganda through several media outlets, I have encountered the most difficult task ever, both professionally and emotionally. Setting out to understand what type of messages are produced, the purpose and the mechanisms emphasized to appeal and target audiences, followers, supporters, adversaries and enemies, I have had to read, watch and analyze videos, texts, photographs, posters and other forms of media material. If I am to be credible as a researcher and write and argue about the strategies of ISIS I need to actually take part of the uncensored and raw footage of for instance the widely known execution videos from time to time mentioned on the news. If you just watch the news and see short extracts or pixel frames from the videos, I can honestly tell you that you have no idea what unfolds in this material. Words cannot describe the despicable acts, the horror and indifference to human life that escalates as time goes by and the number of graphic videos increases.

Not only is it important to raise awareness of what these videos may embrace in terms of new recruitment and above all, fear and resistance for intervening in the area. But also to generate understanding for this type of research, the efforts behind it. Sure you can say that it is voluntary and I only have myself to blame if I feel sick when watching this. But I firmly believe that the issue is so vital for decision makers and publics to know how ISIS operates in their media use and how they take advantage of participatory media and culture and exploit it, and for once in my life I feel I am doing useful research. And as it is emotionally challenging, I use this opportunity to write about my experiences. It helps me and hopefully others. 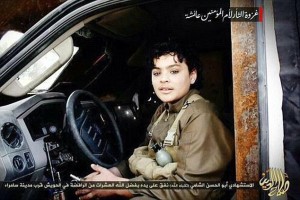 When I started going through all this material, I had no idea what was coming. I had seen gruesome footage before and was convinced I would be able to handle it, distance myself from it. But after several months of work, watching, analyzing, taking notes, writing, watch again, listen and reflect, I admit that it has been everything but pleasurable, to say the least. The well produced and designed videos mentioned on the news during the last year (executions of westerners) are seriously nothing in relation to the videos depicting spontaneous torture and executions of local minorities, non-believers or captives of any sort. The mobile phones capturing what is the most unimaginable acts I have ever seen. It is so horrific I can’t even begin to describe. And I will not.

I will not mention the lonely farmer being filmed outside Aleppo when ISIS fighters ask him to recite a verse from the Quran and he cannot seem to remember, falls to his knees and alive being cut in different pieces. The panic in his eyes, his struggle for getting away when they hold him down and start. And I will not tell you how the bystanders cheer and one puts the camera in close-up of his eyes closing as he is obstructed to take his final breath as it is taken from him instead.

And I will certainly not tell you how the 13 year old boy helps bury Yazidi girls of similar age alive, nor how the decapitated bodies of infants, young girls and boys, women and men, are filmed as trophies for the extremist ideology and the caliphate.

And finally I will not tell you about how a body reacts to pain. What it looks like when the torture starts and the silence and stillness during the first moments of seconds, when the victims’ body doesn’t understand what is happening and puts every sense on hold. And it feels like a photograph. Only to suddenly release extreme pain, panic and spasms when it can’t be silent no more.

I will not tell you that.

But I will tell you this.

I have sat through so many videos by now. You may be fooled by the weeks/months of silence about new videos on the news, but trust me, currently about two or three videos of this kind are uploaded every week. I have taken notes on everything I have seen. But above all, I more than ever really feel fear. Not for my safety, but the fear of human beings. What men are capable of. My pulse raises as I think about what I have seen. I have nightmares from time to time. I have felt sick, throwed up and have turned my head a number of times. 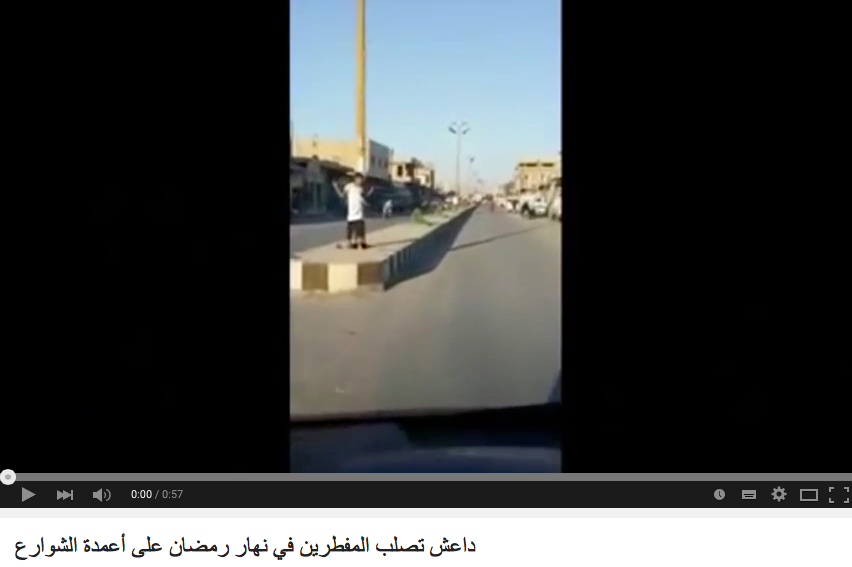 And I know that the writings I will produce of how ISIS use media for spreading fear, will not ever reflect the agony and feelings of anxiety that I experienced from watching all this. At best it will be a journal article read by fellow researchers and an informational short news piece. At best. But if I can contribute to make one simple step towards understanding how this group operates, and that step leads closer to a more effective work to counter them online and make people aware, then I guess a form of satisfaction will emerge making it all worthwhile. And if I manage to close this and produce a text worth to publish and be read, it will be the greatest accomplishment I’ve ever achieved on a professional level. 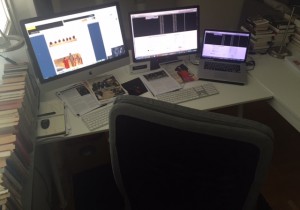 And on a personal front? When I put my daughter to sleep at night, kiss her good night and stroke her hair, I guess I better and really understand the precious that is life and human value.