The headline quote is not only an extract from the most recent issue of ISIS magazine Rumiyah, but also a clear illustration of a shift of focus in their messaging. As the symbolically important city of Dabiq was lost for ISIS last month, the place which was prophetically announced as the place for the apocalyptic battle from which ISIS would prevail – the first incarnation of a less aggressive and more bouying-of-morale emphasis in their propaganda was visible.

The same type of messaging characterized ISIS loss of Fallujah. Currently they are providing hard resistance on the ground around and in Mosul, and continously, the propaganda coming out of both official- and supporter networks of ISIS, is of the nature of sustaining interest and whatever form of momentum they once had. Not much sensationalism or graphic beheadings, but more of instant news updates of the acclaimed “success” on the battle field.

Without a doubt the pointing towards an apocalypse is still present, however the time-line appears to be flexible. The prophetic nature of this apocalypse also seems to have been played down (basically saying that their return of God’s kingdom on earth is no longer a prophecy fulfilment, atleast not to the extent that Baghdadi pushed for in the initial phases of declaring the caliphate). Instead there is a boosting of belief in the morale that the survival of the Caliphate will be a long one, with ups and down. In this matter ISIS messaging reflect similar trajectories as they suffer on the ground
From a media scholary perspective it is also interesting to follow the development and propaganda during the current battle of Mosul, as the hybridized digital warfare of ISIS for the last three years has been characterised by extreme forms of ‘news management’ (to borrow a term from the marketing and strategic communications sector). The events on the ground and their operative strategies were closely synched and correlated with online operations and messaging, which in turn were synched as a counterpart to western news media logic. In practice this has for a long time meant that propaganda content has been chosen, designed and published at strategically important times when western news media narratives push for setbacks for ISIS. Minutes or hours later, the ISIS outlets are coordinated to publish counter narratives, only to regain the image of themselves as successful in battle, acting from a position of strength or simply heroic portrayals of martyrs who sacrificed their lives for the Caliphate (i.e. killed by the coalition).
As the battle of Mosul continues and seemingly push ISIS back and into Syria for re-grouping, the online messaging of the group now clearly functions mainly as moral boost, rather than replicating an image of acting from a position of strength. The Caliphate is shrinking slowly. The influx of foreign fighters have decreased since Turkey closed the border to Syria. ISIS looses populations to rule, hence also tax revenues. It is a matter of time before our understanding and experience, in particular their physical presence was a state project, of ISIS will change.
But just as its predecessors lost during the first insurgency in 2007-2008, ISIS will not disappear. Not after the battle of Mosul nor of Raqqa. And above all, the now so widespread and strategic network of official as well as “fanboys” propaganda will continue to flourish. 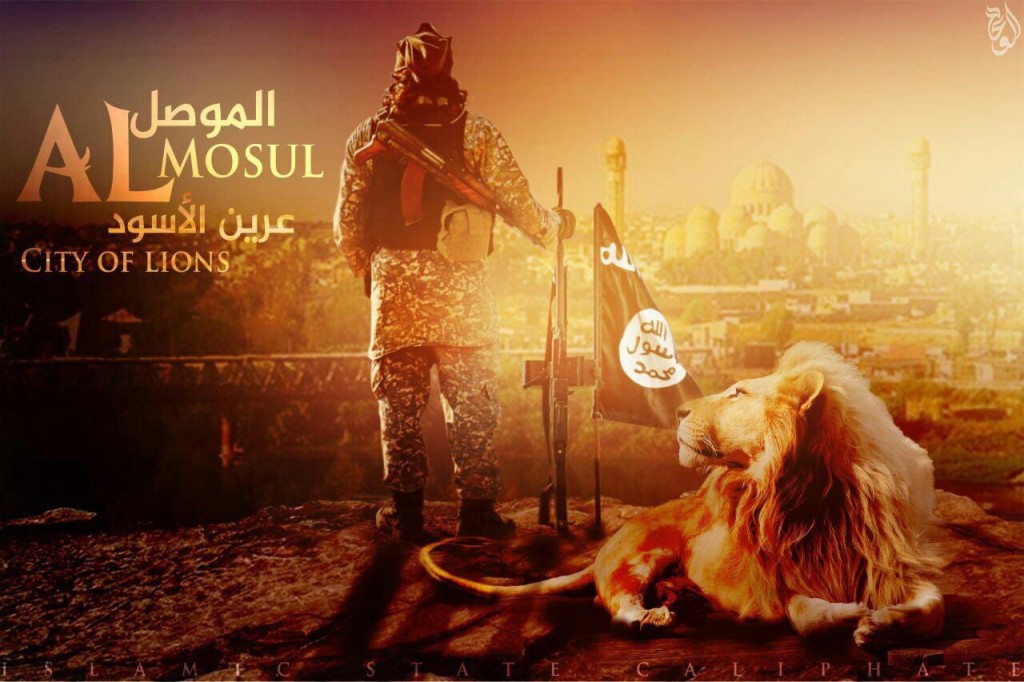 The ideology is ISIS is not unique nor is it time-situated.
We (I) can continue to daily follow their messaging, see what focus they have, how it corresponds to the military operations on the ground, try to figure out not only their overall media strategies but also explicit content and form of the propaganda. Journalists can continue to cover the group with a critical stance and understanding of their agenda and implementation of media tactics to achieve it. And the military struggle may be over within a few years. But the most important long-term lesson, and argument for developing ideological counter measures –  the ideological messaging will however continue long after the so called Caliphate has been erased.
Tweet
Follow me